Sirin Labs has announced the opening of what it says is the world's first blockchain smartphone store in London.

The Mayfair store is set to re-open today to focus on showcasing the company's flagship Finney device, which launched back in July 2018 and will be on sale for $999.

Sirin Labs says that as well as acting as typical retail store (with company merchandise also set to be available for purchase), it hopes the outlet can also function as, "a local communal center and meetup for the crypto community and those who would like to learn more about blockchain". 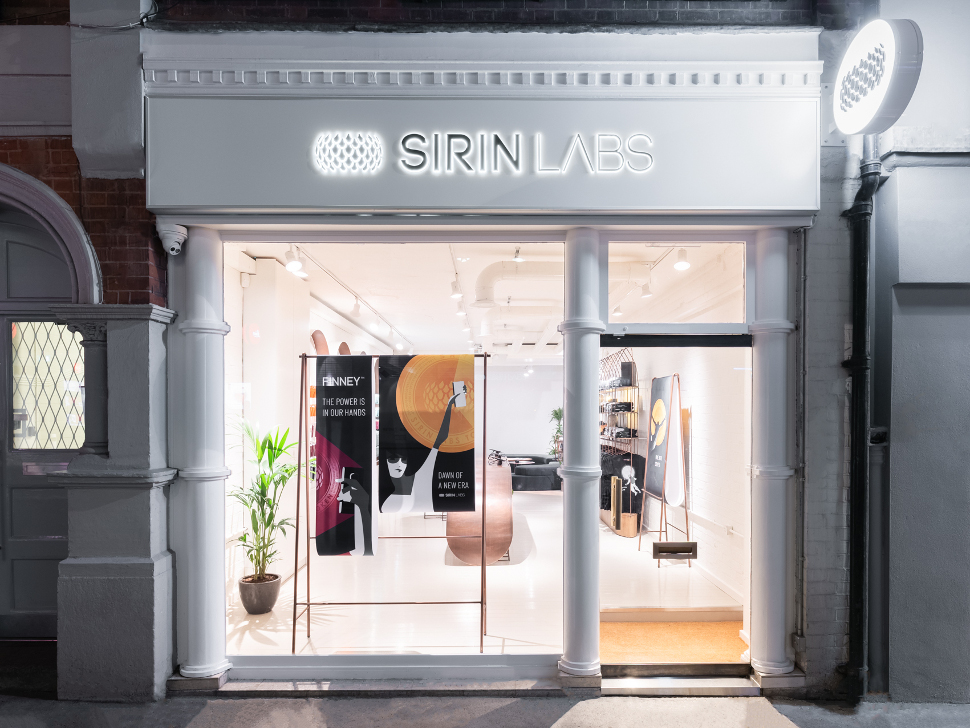 Sirin Labs says it also will soon open a second store in Tokyo as it looks to spread the word about its device, which is manufactured by Foxconn and powered by the company's own Sirin OS software.

Finney features a dual-screen set-up that devotes a second display entirely to cryptocurrency transactions. The so-called 2in Safe Screen slides up from the rear of the device, and runs on dedicated firmware that allows users to be sure of where their transaction is taking place.

Activating the slider also launches the Finney's cold storage wallet, which supports many of the leading cryptocurrencies in use today.

“London is diverse, creative and a thriving technology hub. In 2018, London’s tech sector attracted significantly more investment than other European centres, raising more than £1.8 billion. It is the ideal first location for the Finney, the first mass-market blockchain phone in the world, to go on sale,” says Kenes Rakishev, Chairman of Sirin Labs.

“Finney will let you store and use cryptocurrencies totally securely, and I hope it will act as a platform to help tech companies in London and elsewhere to reach new audiences.”

Although Sirin Labs says Finney was the first blockchain smartphone, it is not the only blockchain-enabled device on the market, as HTC launched its own device, the HTC Exodus 1, last October.