Sony’s PlayStation Vue, one of the first services to offer streaming live TV over the internet, is shutting down today. The service launched in March 2015, offering live and on-demand content from more than 85 channels, including many local broadcast stations, to select U.S. markets. Over the years, Vue expanded across the U.S. as it added more channels, more local stations and features like multi-channel viewing on the same screen, among other innovations.

But Vue failed to catch on with a broader audience, despite — or perhaps, because of — its integration with Sony’s PS3 and PS4 devices.

Sony’s decision to name the service “PlayStation Vue” didn’t do it any favors from a branding perspective. Many consumers, if they heard of it at all, assumed it was something only available to PlayStation console owners.

The company also took too long to expand the service to include popular platforms many cord-cutters were using at the time to watch streaming services. It added support for Amazon Fire TV by November 2015, but full support for Google Chromecast, as well as Apple TV and Roku — the latter of which grew to become the most popular connected TV platform in the U.S. — didn’t arrive until the following year. That limited Vue’s availability at a time when people were beginning to look for new streaming options. 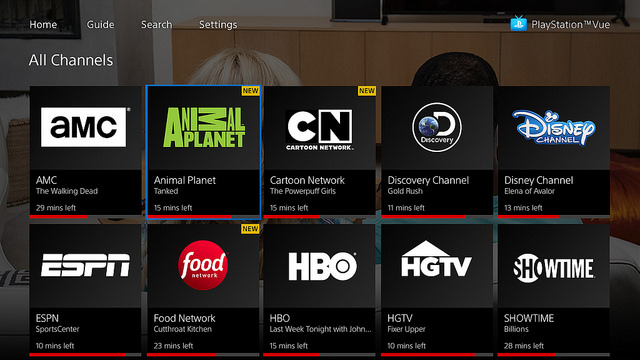