Mark Zuckerberg has poured billions into his virtual reality dream, a new platform that Facebook owns.

Facebook bought Oculus and has spent the last five years killing what it was and reinventing it as a Facebook-scale company. It has dumped most of the co-founders, brought in Zuck loyalists to take over the most important decisions and shifted towards accessibility over appeasing the company’s early supporters.

Facebook’s latest release is the realization of all that.

The company’s Quest product, which they released on Tuesday, offers a streamlined version of high-end virtual reality while leveraging time-honed software to make the process of getting up-and-running immeasurably easier. It’s probably the best VR product that’s been built yet, and one that has the mainstream firmly in view.

Facebook needs to lean in on the new device and move away from what got it there.

With past VR releases, there’s always been a key technology to blame or a key feature that was missing, but if the Oculus Quest fails, Facebook may just have to consider that the whole product category doesn’t hold the mass appeal it hoped for. Of more immediate concern should be why they’re maintaining such a differentiated product line in in pursuit of the mainstream when the Quest is largely alone in appealing to the mainstream customer that they actually want. 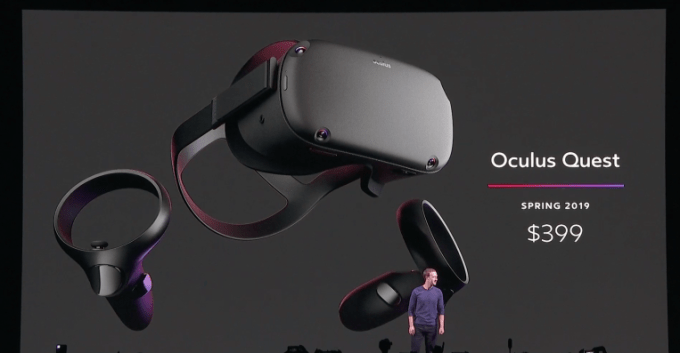 As the closing of the Oculus acquisition approaches its fifth birthday, one wonders where Facebook’s 10-year-plan for virtual reality begins to show some signs of critical success. Even as the company has built up a niche group of VR gamers and shipped millions of headsets, the company is still grappling with coaxing a mass audience and recouping what it’s invested.

Whether or not the Quest succeeds, you can only wonder how they’ll aim to streamline their current product line as the blank checks from Facebook start running out.

The underpowered $199 Go proved to be a nice piece of hardware for the price, but the year-old system is still ultimately a very forgettable introduction to the medium for new users. How much does Oculus gain from growing the user base of a product that’s best use case is watching Netflix in isolation? Samsung and Oculus made such a concerted push with the Gear VR, throwing free headsets at users, but ultimately developers aren’t investing in these platforms and that’s only going to grow more true.

Meanwhile the company’s bread-and-butter PC-based headset line could have a murky future as well. The latest Rift S which also launched this week to lesser fanfare is basically a lateral move for Oculus and suggests that the company likely isn’t willing to push boundaries on the high-end while it aims to gain its footing in the mainstream. Whether the Quest succeeds or fails, I would not be surprised to see the company fade the high-end into its standalone line over time. The PC will always drive the most high-end experiences, but it’s no place to stake a platform that still needs to prove itself.

Maintaining three distinct product lines isn’t just expensive from a hardware R&D point-of-view, it vastly complicates the company’s relationship with the developers its backing to build stuff that’s worth playing. The economics for VR game developers is already dodgy at best, if Oculus has determined that PC isn’t somewhere it wants to innovate with hardware it should just let the product class run its course and prioritize using the latest mobile chipsets in future standalone releases.

Oculus is a large org, but it’s more redundant than a company setting the stage for a new platform can afford to be. Facing its prolonged degradation, Nintendo reshaped its mobile and home consoles into a single product. Oculus needs to do the same, and they already have.

In 2014, Facebook bought a company that was promising to shape the future of VR by kickstarting it. Appealing to the high-end earned it millions of passionate early users on PC and millions of mobile users that gained an early taste of the platform. As Facebook has absorbed Oculus deeper into its org structure and promoted its own vision for creating a mass audience, the company has created something great with the Quest, perhaps something worth killing the product lines that got it there.