You can find the best cheap Apple Watch deals below now that the Apple Watch 3 version with LTE is on sale. Our best tip is to ditch the LTE – all the top features of the new watch without the expensive connection – or just go for the still-excellent Apple Watch 2.

Sniffing out an Apple Watch price drop isn't always easy, however. The good news is that we're here to help you avoid paying full price for any Apple Watch – it all depends on where you shop.

Yes, the Apple Watch 3 is the best Apple Watch you can buy today; however, the refreshed Apple Watch Series 1 or 2 are just as good for most people. Make sure you pick wisely.

Here’s a list of the best Apple Watch deals for March 2018, from the first version to the latest. We also threw in a few places to buy cheap Apple Watch bands a little more cheaply than you can pick them up from Apple. 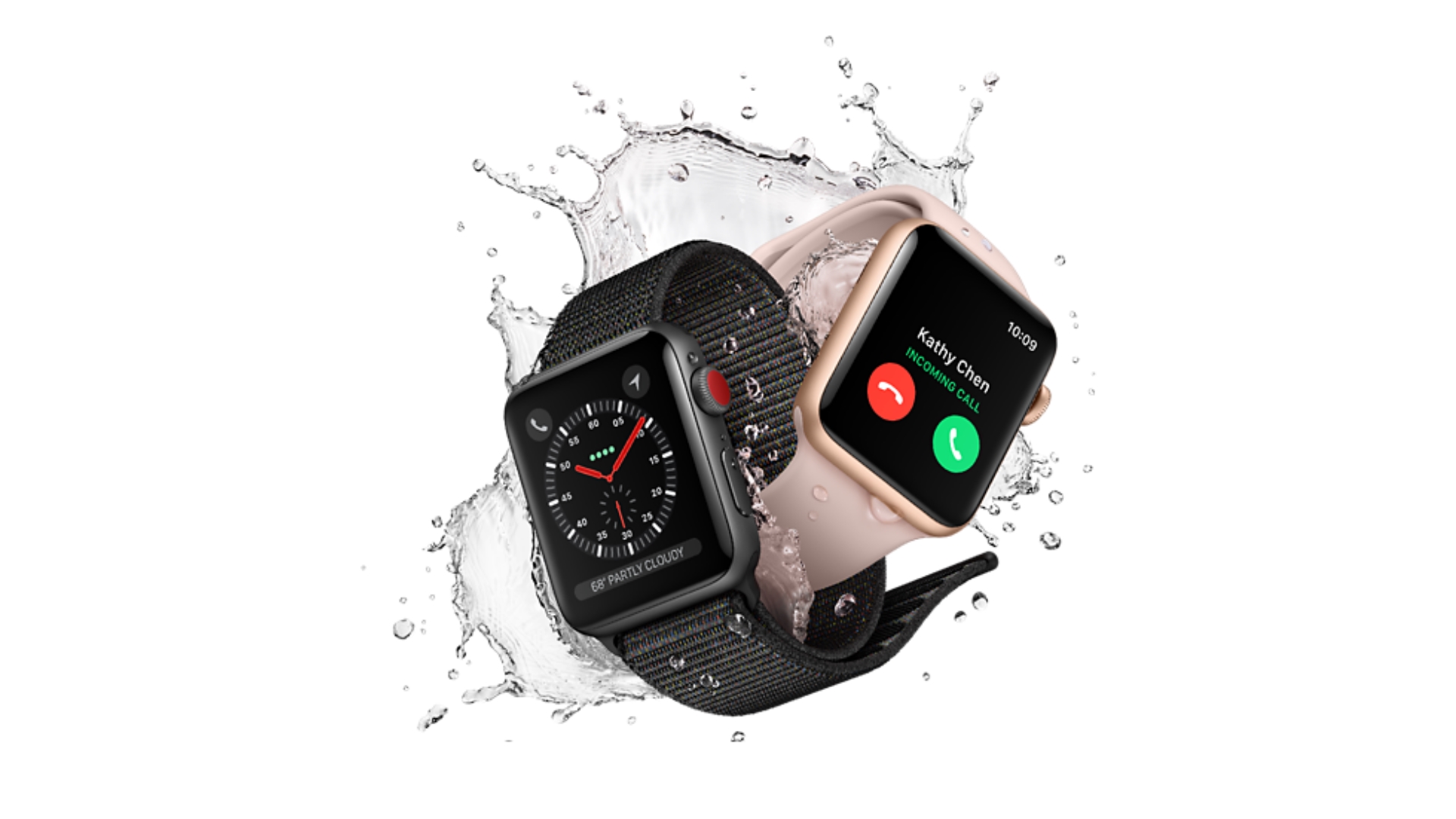 The new regular Apple Watch 3 and Apple Watch 3 LTE delivers a really minimal upgrade, unliked the new iPhone X. The latter version essentially just adds in connectivity to its latest wearable. This basic Series 3 model though can only be called an incremental upgrade over the Apple Watch 2.

If you're not that bothered about being connected wherever you are – or don't want to pay extra for the capability – you might want to look at the older Apple Watch Series 2 deals below and save yourself some money. 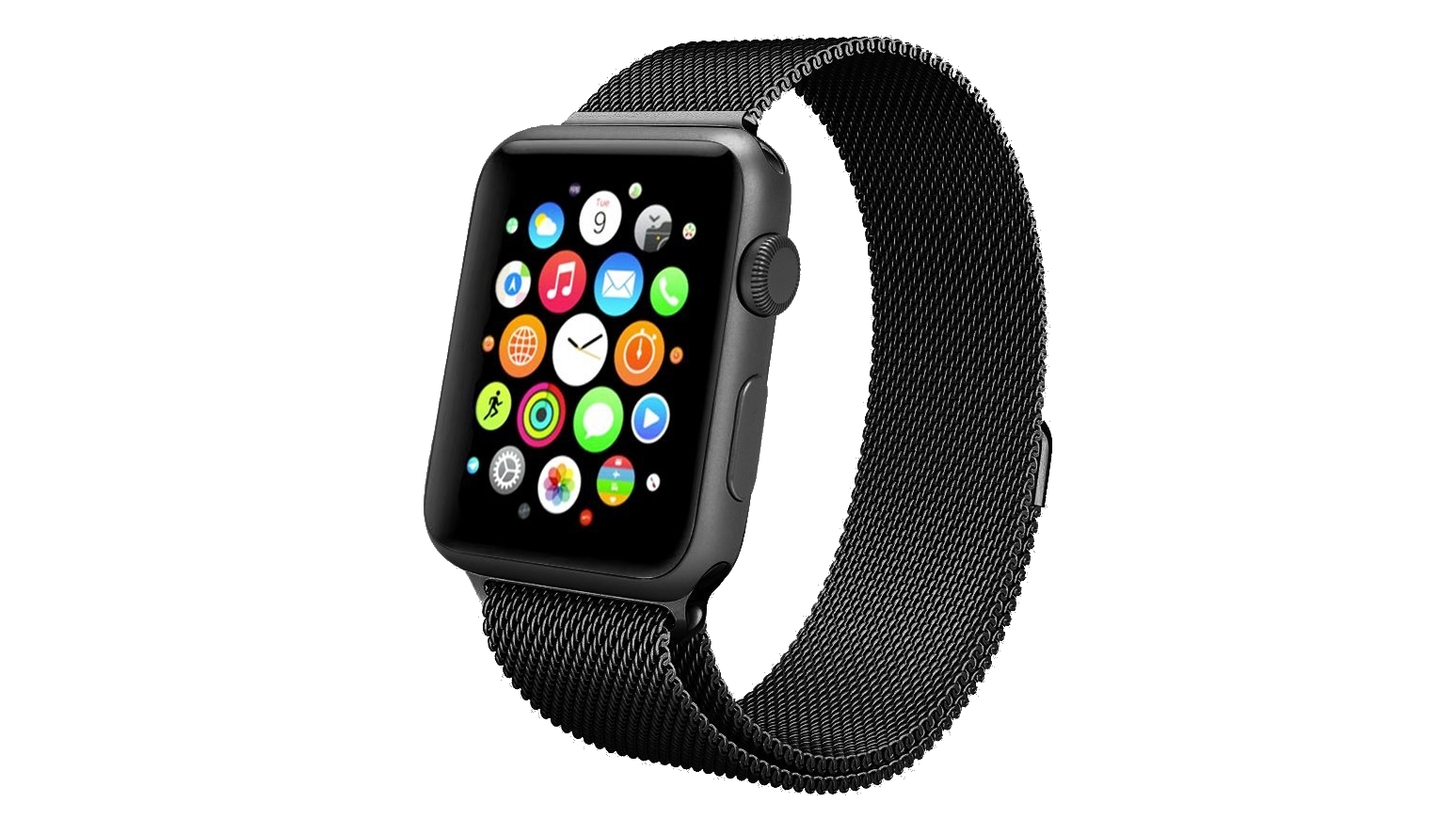 The Apple Watch 2 isn't being sold by Apple, but it's still being pushed around by various retailers for those who want the older, but very similar, Watch on the cheap.

It includes specs and features not available for the cheaper Apple Watch Series 1. This includes GPS tracking, a brighter screen and waterproof specs that allow you to wear it in the pool – which can also be found on the Watch 3.

All of that sounds great, until you see the expensive price tag, especially for the Ceramic Apple Watch 2.

Aluminum cases make for the cheapest Apple Watch 2, followed by stainless steel and ceramic. There’s no gold model any more, but more intricate Apple Watch bands do lead to higher prices. In other words, you have to shop smartly when picking out your Apple Watch 2 below – but it's a much better option for most when looking for the more sport-enabled Watch. 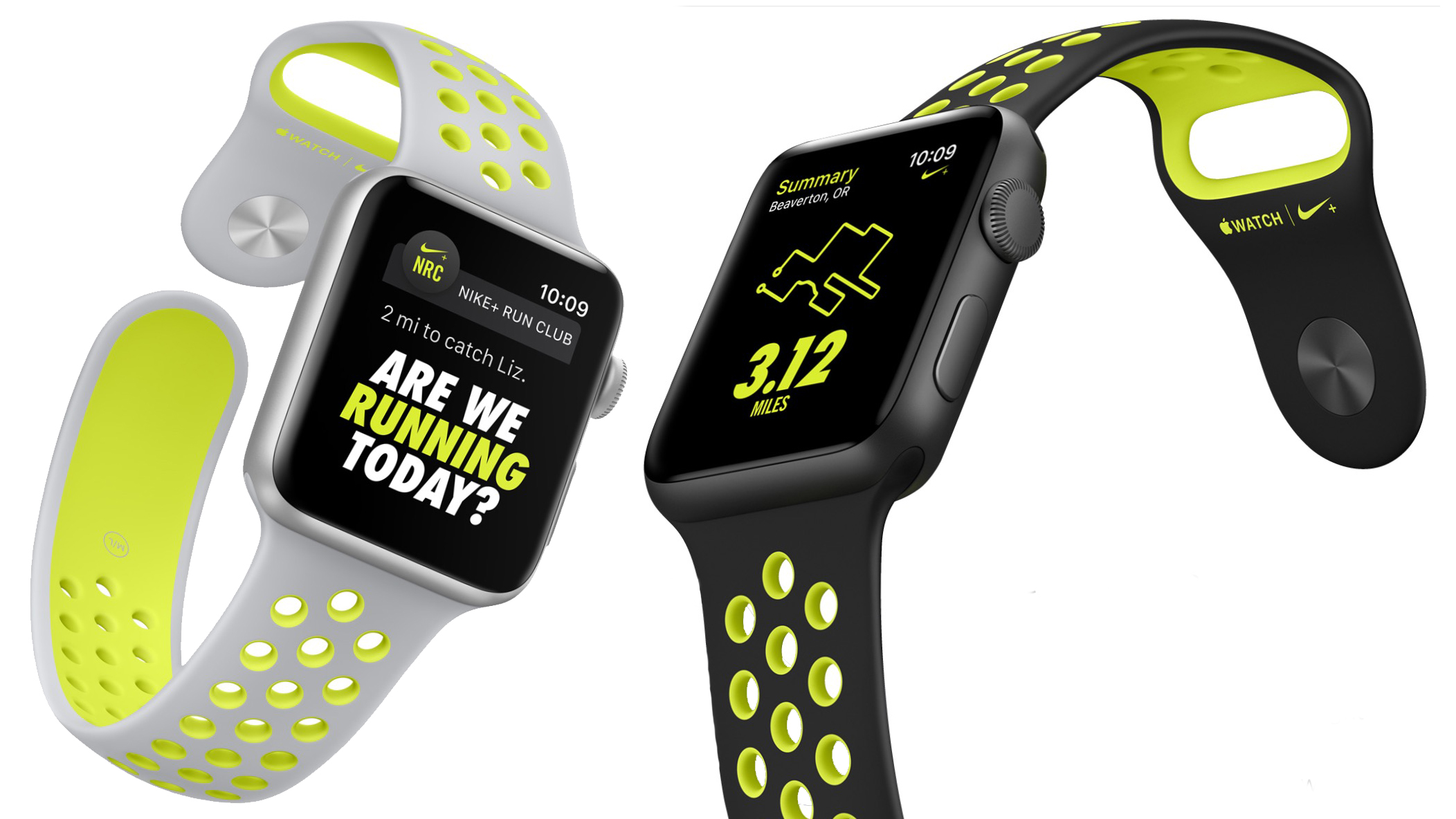 Both are virtually identical to the 'standard' version of the Watch they're related to, apart from different (and really rather nice) rubberised straps that you can't easily buy separately and new watch faces.

Other than that, they don't really offer a lot more other than a stylistic option – and of course they're 'designed' to be use with the Nike app.

So if you're seeing the Nike+ Apple Watch for cheap, make sure it's not the Series 2 model… although that one is perfectly good enough in our eyes, and offers all the advantages minus the LTE connectivity. 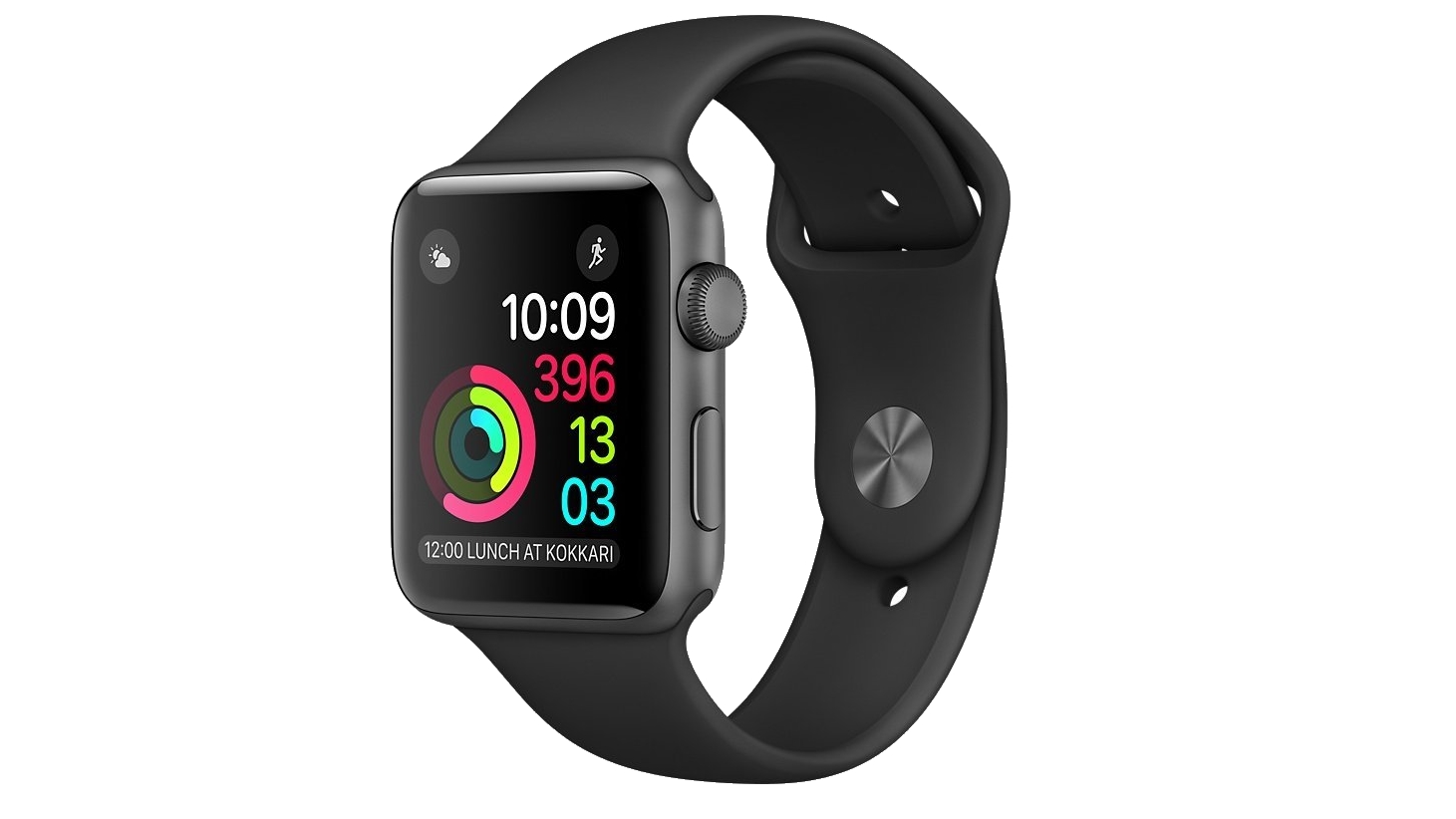 The Apple Watch Series 1 is actually the best Apple Watch for most people who aren’t all-star runners and avid swimmers, with most of the specs you need on a smartwatch.

This is a 'refreshed' Apple Watch compared to the original Apple Watch below, so it has a faster dual-core processor and better battery life as a result.

It runs all the same WatchOS 4 software, which brings some decent improvements and, best of all, the original Watch costs a lot less than the models above.

If you don’t need to track GPS runs and swim with it on, you’ll save money. The discounted Apple Watch Series 1 still comes in two sizes, 38mm and 42mm, but only has the more economical aluminum case and Sport band, although it's still good value despite the limited choice. 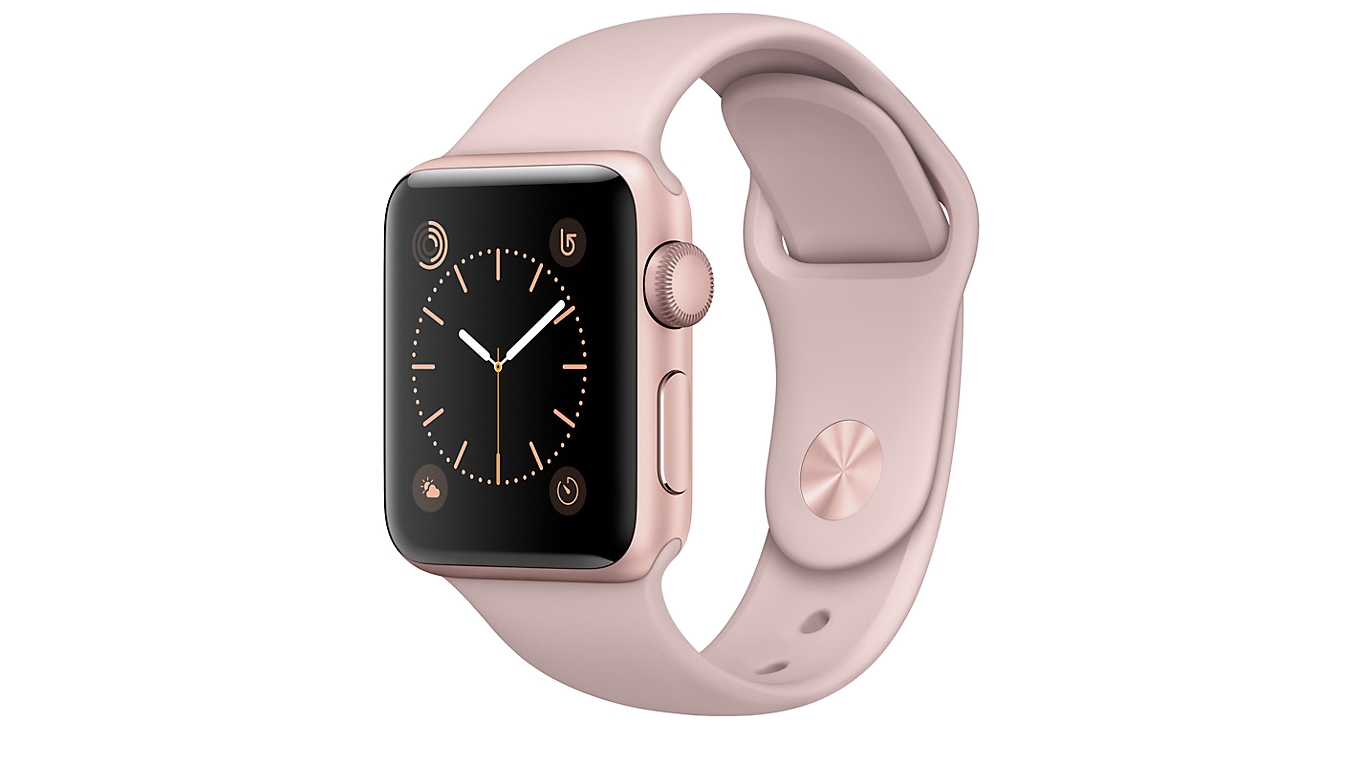 The cheapest Apple Watch on sale today is the original iWatch, the company’s first smartwatch that came out in April 2015.

No, the Apple Store doesn’t sell this price-reduced Apple Watch 1 anymore, but there are plenty of retailers still hawking the original Apple Watch at a discount.

However, we thoroughly recommend that you look at some of the other options unless the cost is really low, as most places aren't selling the first version of the Apple Watch – one that's rather outdated, don't forget – for a good enough price. 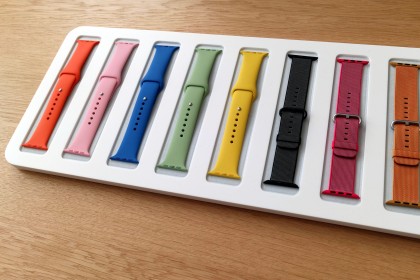 Your Apple Watch literally isn’t complete without the best deals on Apple Watch bands. They make the geeky smartwatch stylish enough to show off to late adopters.

Everyday in the news, we see new cheap Apple Watch bands trying to become the de facto alternative to the more expensive, official Apple Watch bands, and they’re usually just as good. Trust us, buying a trio of third-party, lookalike Apple Watch bands for the price of one official strap is a relief after paying so much for the smartwatch itself. Plus, you'll want to save up for the eventually Apple Watch 3.