How far would you go to get pitch perfect performance from your CD collection? For Marantz brand ambassador Ken Ishiwata, it’s been a quest that’s stretched almost 40 years.

The world-famous audio specialist worked on Marantz’s first ever CD player in 1982, the CD-63, and to mark his 40th anniversary with the company Ishiwata has been working on something very special indeed – the KI Ruby set, consisting of a Super Audio CD player with DAC (the SA-KI Ruby) and an integrated amplifier (the PM-KI Ruby).

Set to launch later this year, the pair will be limited to just 1,000 sets, each engraved and numbered (with early pre-orders for the yet-to-be-priced full set more likely to get matching numbers). 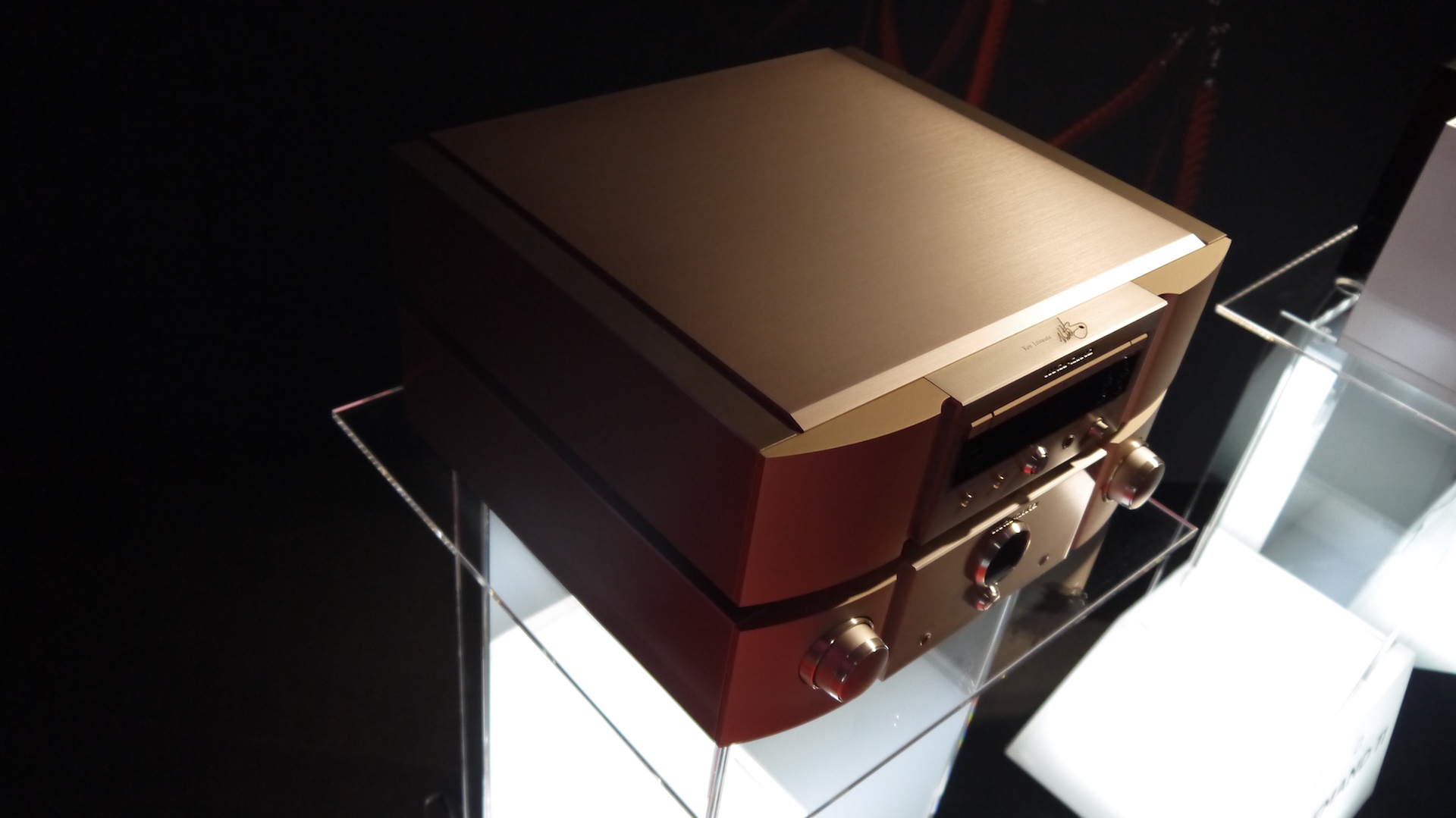 'The highest form of art'

“We all have a very unique relationship with music, from the first things we listen to with parents to the taste we build ourselves as we grow older. It’s an honest relationship,” Ishiwata told us.

“In my personal opinion music is the highest form of art we humans have created. There isn’t any other form of art that can touch you as strongly.

"That’s why I always feel joy when I’m working. You can easily imagine that music will never die, so in that sense, the work with Marantz will never die!” 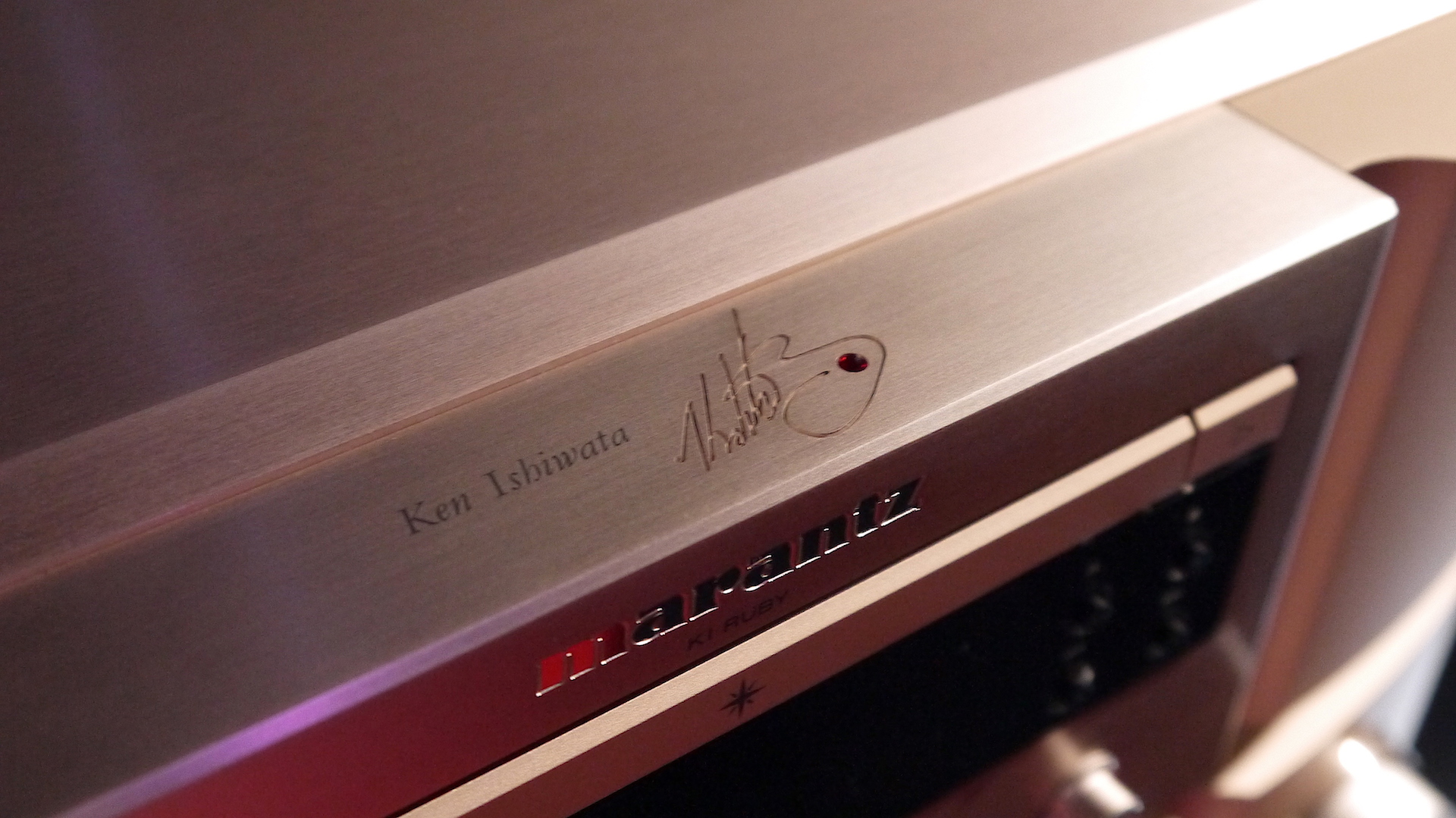 First, the amp. With a discrete two-stage design powering a pre-amp and power amp separately, the aim is all about the strongest audio performance possible, making use of a moving coil magnet phono stage.

Marantz HDAM circuit tech offers a circuit line designed to be as short as possible to reduce signal noise through the amp, pushing 100W per channel for 8ohm speakers, or 200W per channel if you’re pairing the PM-KI Ruby with 4ohm speakers.

Housed in a vibration-resistant double layer chassis, it’s built to last – and to avoid rumbling under its own power.

Moving onto the SA-KI Ruby, it’s taking its cues from Marantz’s flagship SA-10, but makes use of a disc mechanism built from the ground up with audio in mind.

Called the SACDM-3, it’s just as happy with compiled Super Audio CD, CD-ROM and DVD audio discs as it is with your regular CDs, while it can also play back music from a USB input.

Handling file formats including PCM / DXD 384KHz / 32bit and DSD11.2MHz, it upconverts all file formats to DSD, with a 1-bit conversion method returning the feed to the analogue outputs. It’s about as loving an approach to hi-res audio as you can imagine. 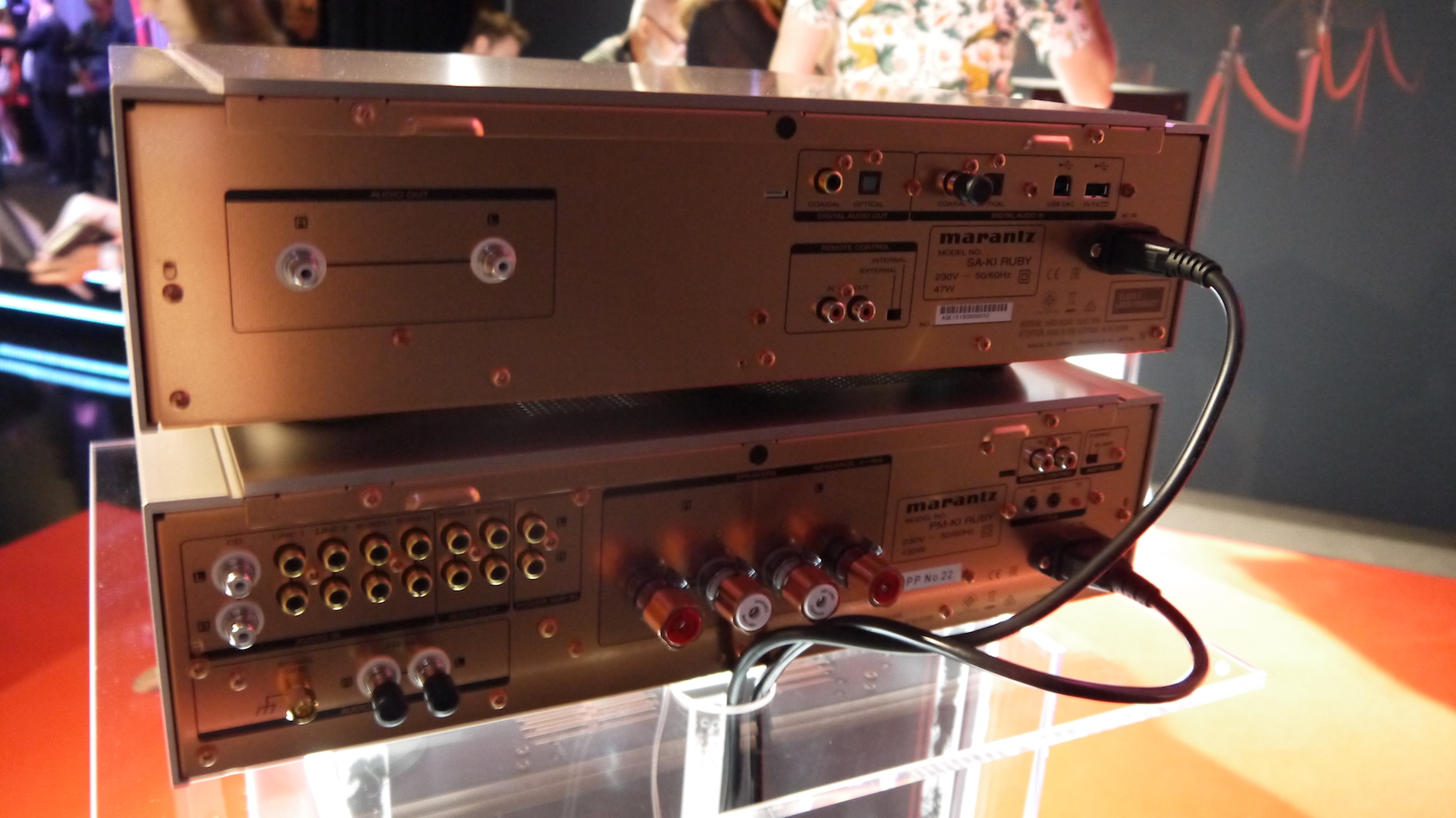 Paired with a set of prototype Polk floor-standing speakers (the specifications for which remain undisclosed, but we can’t wait to find out more as they sounded phenomenal during our demo session), the KI-Ruby set blew us away.

Playing a short selection of classical tracks and Joni Mitchell’s beautiful Both Sides Now, Ishiwata was keen to point out the richness of the KI-Ruby’s soundstage.

Detailed and accurate, pulling out details in the Joni Mitchell song we’d never noticed before with minimal distortion, it was a truly moving playback, with each instrument from strings to bass to voice well defined, with a strong sense of height delivered, too.

While it was of course a demo given in optimal conditions, given that this is the sort of kit set to be accompanied by a professional installation, it was truly gut-wrenching knowing we wouldn’t be coming home to its enveloping, wave-like sonics.

You’ll have to contact your local Marantz dealership for orders, with both the PM-KI Ruby and the SA-KI Ruby setting you back £3,500 a piece (around $4,650 / AU$6,230), with the rarity of the KI-Ruby set to make it a highly sought after bit of kit.

But if you’re looking for justification for holding onto that crate of CDs you’re hoarding, without losing the ability to playback your hi-res new file collection, the KI-Ruby could be just what you’re looking for.