Indian edtech startup CollegeDekho, which helps students connect with prospective colleges and keep track of exams, has raised $8 million in Series B round.

The new financing round for the four-year-old Gurgaon-based startup was led by its parent company Girnarsoft Education and London-based private equity investor Man Capital, which also participated in the startup’s Series A round last year.

Ruchir Arora, founder and CEO of CollegeDekho told TechCrunch in an interview that the startup will use the capital to expand its presence in more schools and also begin connecting students with international educational institutions. The startup, which has raised $13 million to date, will also ramp up its research and development efforts.

CollegeDekho, hindi for search for college, maintains a website that helps students identify the right career choices for them. The website has a chatbot that answers some of the questions students have while logging their responses and other website activities such as the kind of colleges they are searching for on the platform, their preferred location and budget.

Arora said the startup, which also has about 3,000 call centre representatives and counsellors, builds profiles of students to make college recommendations. He said each month the site observes more than five million sessions from students. Last year, more than 8,000 students used CollegeDekho to take admission in a college.

Parents in India, a country of 1.3 billion people with not the best literacy record, see education as an upward mobility for their children. Each year, more than six to seven million students go to a college. But because of a range of factors that can include cultural stigma, many students end up choosing wrong path and thus don’t excel in college. Indeed, many students ultimately don’t pursue the subject they are best suited for, Arora said, and that’s where CollegeDekho aims to make an impact. 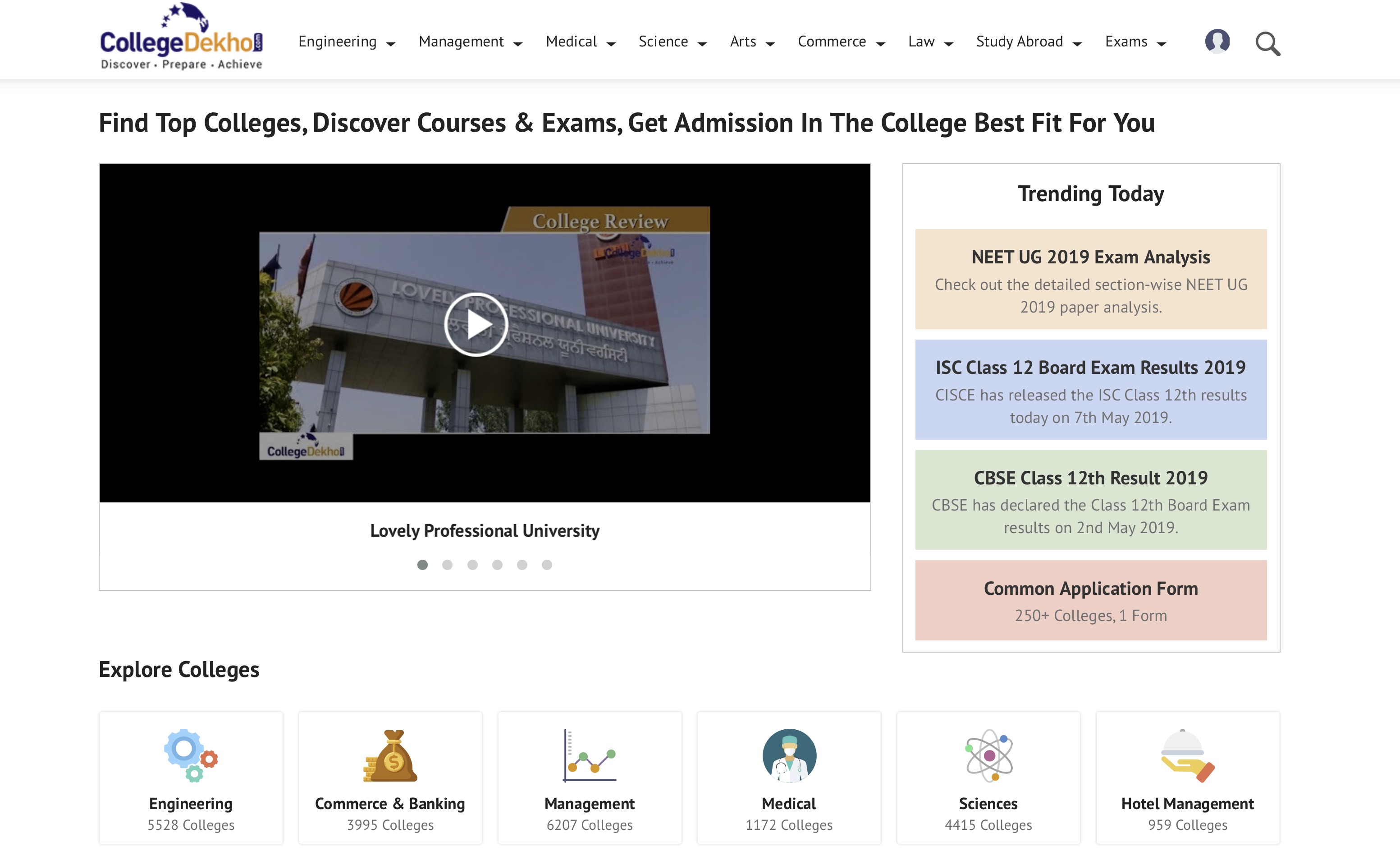 Most high school students in India often gravitate toward engineering or medical college, as a result of which, each year India produces many engineers and doctors who struggle for years to find a job. Arora said his startup looks at more than 2,000 career paths a student could pursue.

What works in favor of Arora is that the country will continue to turn out millions of students each year who will be looking to go to a college soon. It also helps that CollegeDekho is operationally profitable, Arora said, adding that it generates about $3.2 million in revenue in a year. Any additional cash that the startup raises will go into its expansion, he said.

CollegeDekho charges a nominal fee from students, and also takes a cut when they join a college. More than 36,000 educational institutes are listed on CollegeDekho. The startup also works with more than 400 colleges to conduct an exam for direct admission, and there too it earns a cut.

India’s education market, estimated to be grow to $5.7 billion by next year, has emerged as a lucrative opportunity for startups and VCs alike. Bangalore-based Byju’s, which helps millions of students in India prepare for competitive exams, raised $540 million from Naspers and others late last year. Unacademy, which like Byju’s offers online tutoring to students, has raised more than $38.5 million to date.

A legion of other education startups today are vying for the attention of students in the nation. Noida-based AskIITians, not much far from the offices of CollegeDekho, aims to help school-going students prepare for medical and engineering exams. Extramarks, also based in Noida, operates in the same space as AskIITians. Reliance Industries, owned and controlled by India’s richest man Mukesh Ambani, bought 38.5 percent stake in the startup three years ago.