A pair of new devices from Huawei are making their debut on-stage at CES in Vegas this week. The more interesting of the two is the MateBook 13, a slim addition to the company’s line of premium Windows laptops.

The 13-inch laptop is 0.59 inches thick and weighs 2.86 pounds, giving it a similar footprint to the latest MacBook Air. The price is certainly right though, starting at $999 for the i5 version with integrated graphics. The i7 version, which sports an NVIDIA GeForce MX150, meanwhile, runs an additional $300.

The display 2160 x 1440 at 200ppi, coupled with a large trackpad and spill resistant keyboard. The both configurations have 8GB of memory built in, either 256 or 512GB of storage and a battery that promises around 10 hours of video playback. There’s a headphone jack, along with one USB-C on either side. It’s not a lot of ports, but at least the company had the forethought to split them up. 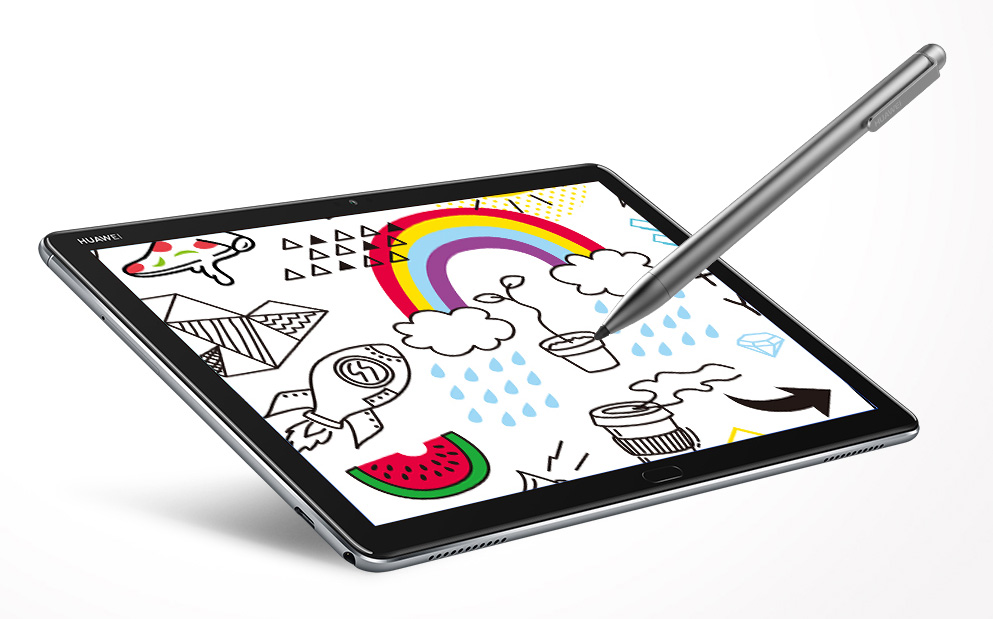 The MM5 Lite, meanwhile, is the latest addition addition to the company’s MediaPad line of tablets. Like the Matebook, the new slate marks a budget entry into the line, here priced starting at $299.

That gets you a 10.1 inch 1920 x 1200 display, 3GB of memory and 32GB of storage (augmented by a microSD. There’s a USB-C slot for quick charging and, unlike the new iPad, a headphone jack. There are four speakers on-board as well, sporting Harman Kardon certification, while the 7,500 mAh battry should give you around 13 hours of playback by Huawei’s estimation.

Both devices are hitting retail this month.