Well, this was unexpected. Sonos takes years to do a hardware launch then it has three in the space of 12 months.

But while the Sonos Beam and Sonos One were pushed squarely at consumers looking to upgrade their TV and audio setups, the Sonos Amp is catering to both the custom install market and those who want some oomph in their connected home setup.

It's taken Sonos over 10 years to update its Sonos Connect Amp. And this is an update as it will be replacing that old, still sturdy model. But replace it it has with an amp which is twice as powerful as its predecessor.

What does that mean in real money? Well, it packs 125 Watts per channel – so this amp can power speakers that are that little bit demanding. It also has the added bonus of being able to power up to four speakers instead of two. 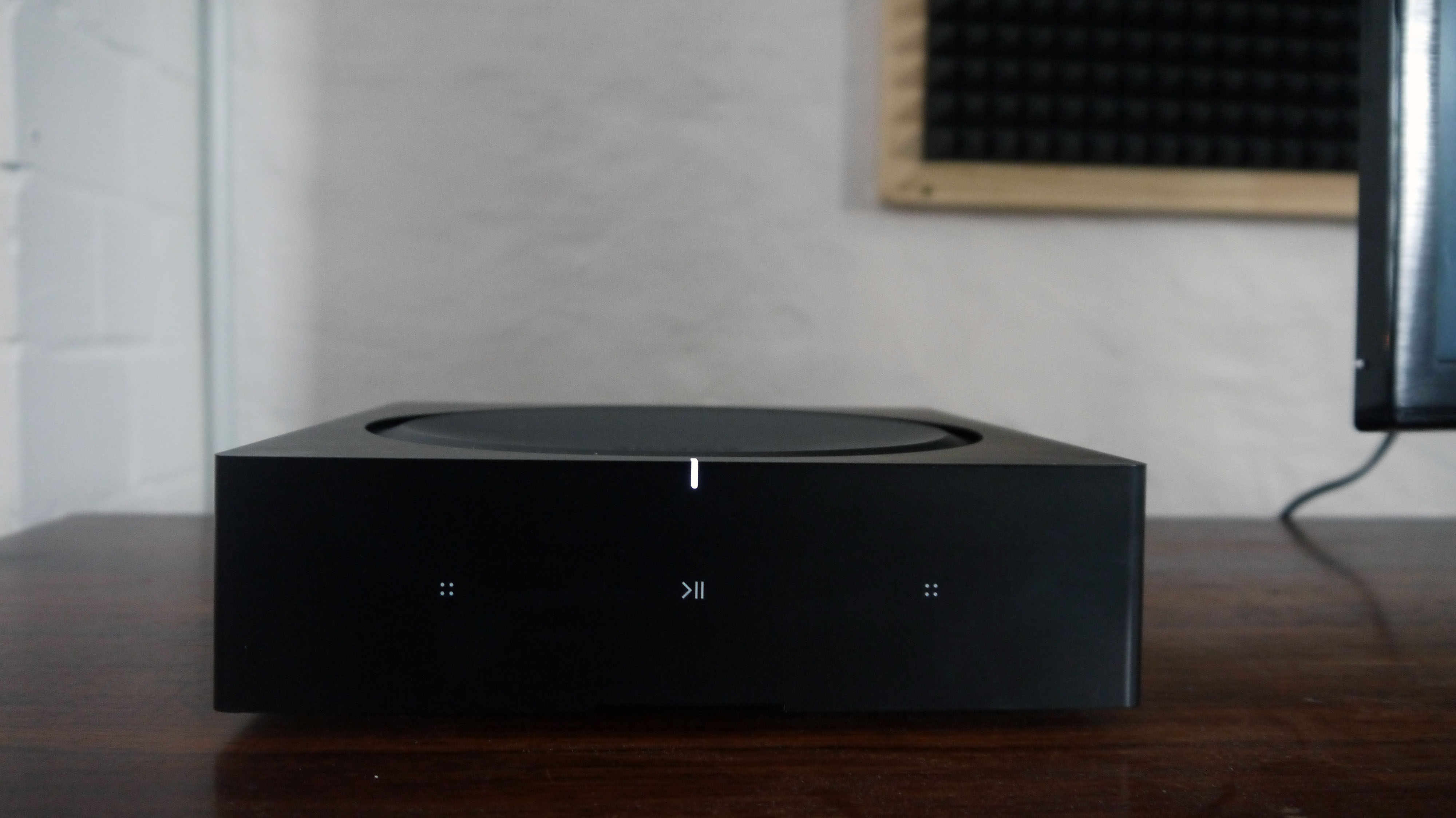 And then there's the design. The Sonos Amp only comes in black. This, according to Sonos, is deliberate as it is the only color that custom install folks really care about – and that is a big bit of the market that this product is being pitched at, as it is a device that sits pretty next to your record player but also slots neatly into a rack.

Design-wise, it takes its cue from the recent design flourishes of the Sonos Play:5 and Sonos Beam. The touch buttons and vertical light on the front have the same design as those devices, and on the top is a circular unit with the Sonos logo.

It's much more compact than you would expect from a device of this magnitude and sitting next to the big screen where we saw it unveiled, it looked a little like a games console so certainly not imposing. 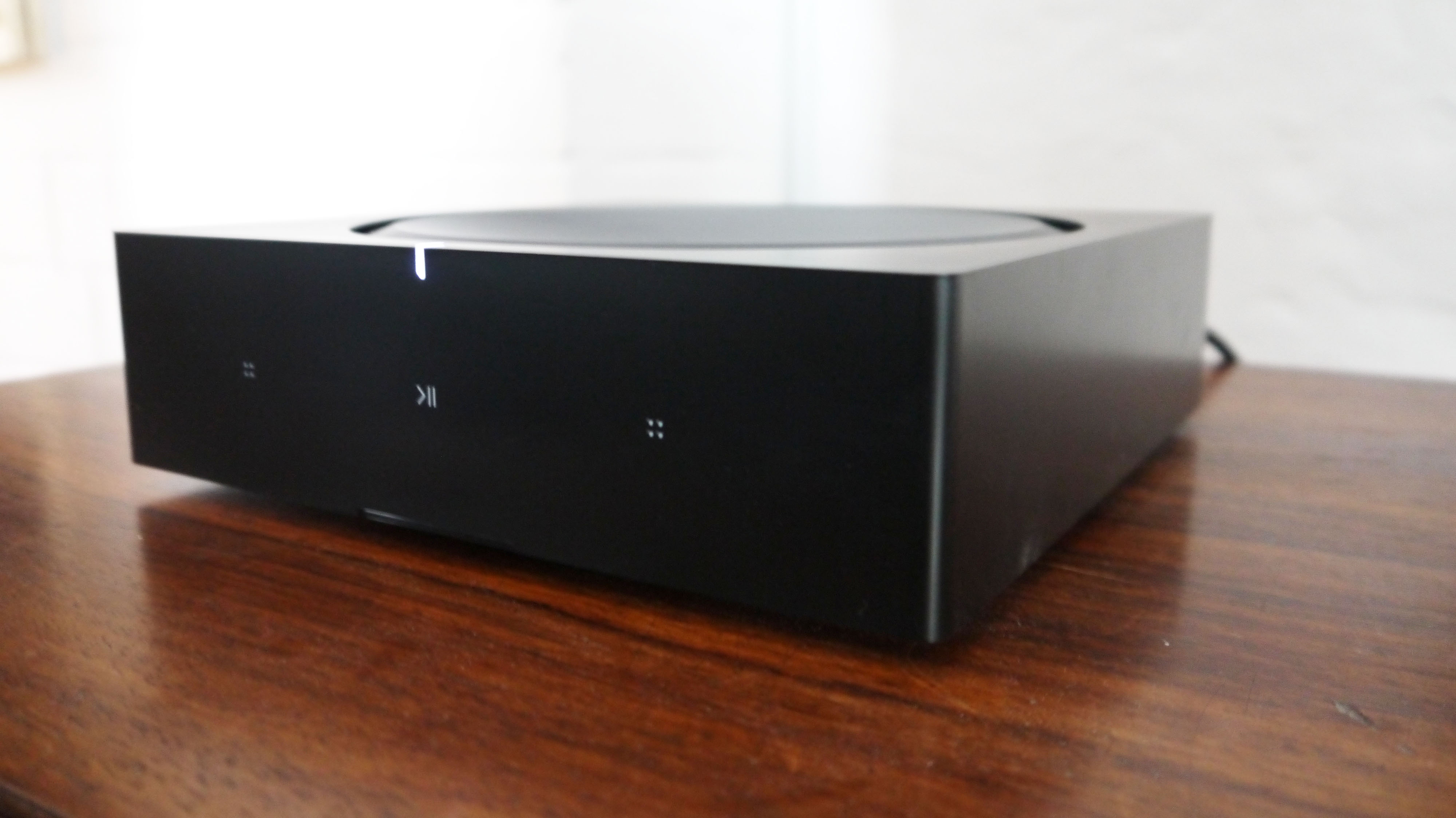 The Sonos Amp isn't just about power, but connectivity. This thing is as connected as any other recent Sonos reveal. There's AirPlay 2, voice support and HDMI ARC so it will slot nicely into most TV setups.

It also has analog for your record player and dual ethernet ports on the back. There's Wi-Fi too but this can be switched fully off when the ethernet ports are in action.

The Sonos Amp can also be used to add stereo sound to TV, add wireless rears to a Sonos home-theater setup or, if you are feeling fancy, two Amps can combine for surround sound. 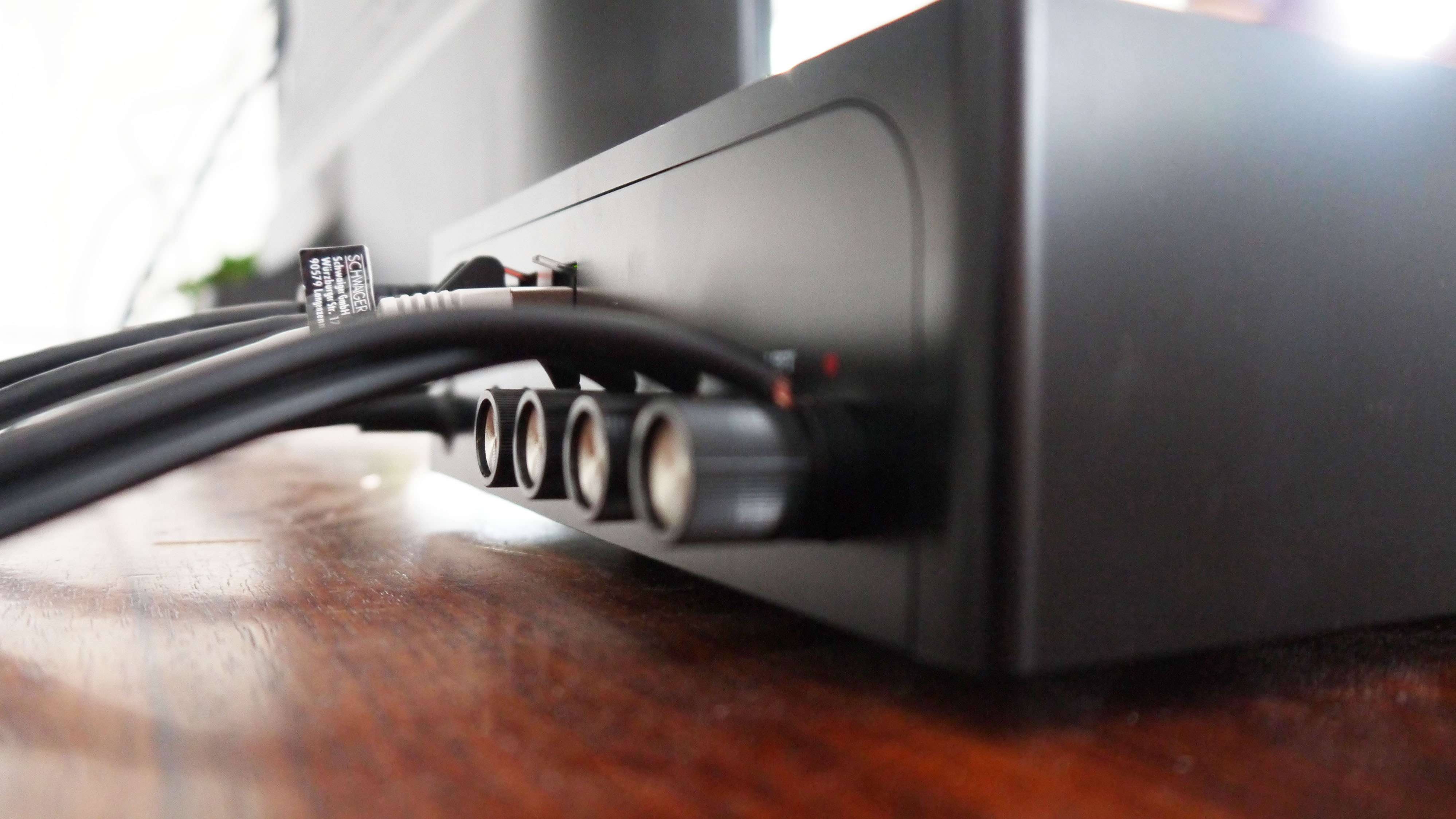 The Sonos Amp isn't for everyone. It's for high-end audio enthusiasts who want to modernize their setup and custom installers who are looking fo a connected solution to beef up an AV setup.

But that's no bad thing – Sonos looks to have created a device that will fit into CI needs. It even surveyed 400 or so installers to see what they wanted and has opened up its API to accommodate this.

This has lead to new features, which include: Line-in switching, volume passthrough and third-party notifications and alerts – so the potential is there to hook your smart doorbell up with your sound system.

The Sonos Amp is out in December for custom installers. For the rest of us, it will be available in February for $599 / 699 Euros (other pricing TBC).