Devialet's Phantom speaker line has always been a showstoppers, with its sci-fi good looks and wild side-firing bass reflex ports. But the speakers have also been big, heavy, and intimidatingly expensive, too.

The company is looking to make it a little easier to join its audiophile-grade party with the new Devialet Phantom Reactor line, two new speakers that offer comparable power to the flagship Phantom speakers in a package a quarter of the size, and at a more palatable price point.

Offering Bluetooth, AirPlay, UPnP and Spotify Connect (with Chromecast Audio set to be included next year) the Phantom Reactor delivers either 600W or 900W of output power, depending on whether you opt or the suitably named Phantom Reactor 600 or Phantom Reactor 900 models.

Given its 219mm (Length) x 157 mm (Width) x 168 mm (Height) size, that's an astonishingly loud system – comparable to a symphony orchestra in your living room. Likewise, the 18Hz infra-bass would lead you to believe there's a dedicated subwoofer in the room – made all the more dramatic by the way the bass-reflex ports on either side of the Phantom Reactor pump air rhythmically and forcefully in time with the beat.

Despite the small package and extreme volume levels, Devialet is able to deliver its output without as much as a hint of distortion as it approaches those louder peaks. Its Analog Digital Hybrid (ADH) amp delivers the quality of an analogue amp in a digital-sized package, while the company's Speaker Active Matching audio system retains detail even at the Phantom Reactor 900's 98db max volume.

Available only in white, the curvy speaker has an amazing sci-fi chic appearance. Physical inputs now include a hybrid minijack, Ethernet and optical point for TVs. There's also a new set of capacitive touch buttons in a curved strip along the top edge – sensible given how much of the control of previous Phantom products has been relegated to app-only input.

Sonically, it's a breathtaking model. Listening to the 900 model we were most impressed when presented with a live recording of a solo bass guitar. It was playing bass harmonic notes, which are usually challenging in terms of clarity for a speaker this size to pull off accurately. But there was incredible detail with the Phantom Reactor 900, with the bell-like notes of the harmonics chiming in the air, before rumbling into deep, thunderous deeper notes with the dramatic movement returned via the bass reflex ports. It was particularly impressive that it retained the metallic twang of the performer's freshly-wound strings, a detail that would have been lost on less capable systems.

Though they'd be perfect in a stereo pair (well suited in their new size to being sat either side of a TV), it's frustrating however that the Reactors wont work in tandem at launch. Devialet promises it's a feature in the pipeline, though it'd have been great to see this ready from the off, given that it's now practically a standard with competition like the Sonos One. Likewise, there's no smart helper like Google Assistant or Alexa involved here, which would have been welcome given the price point… 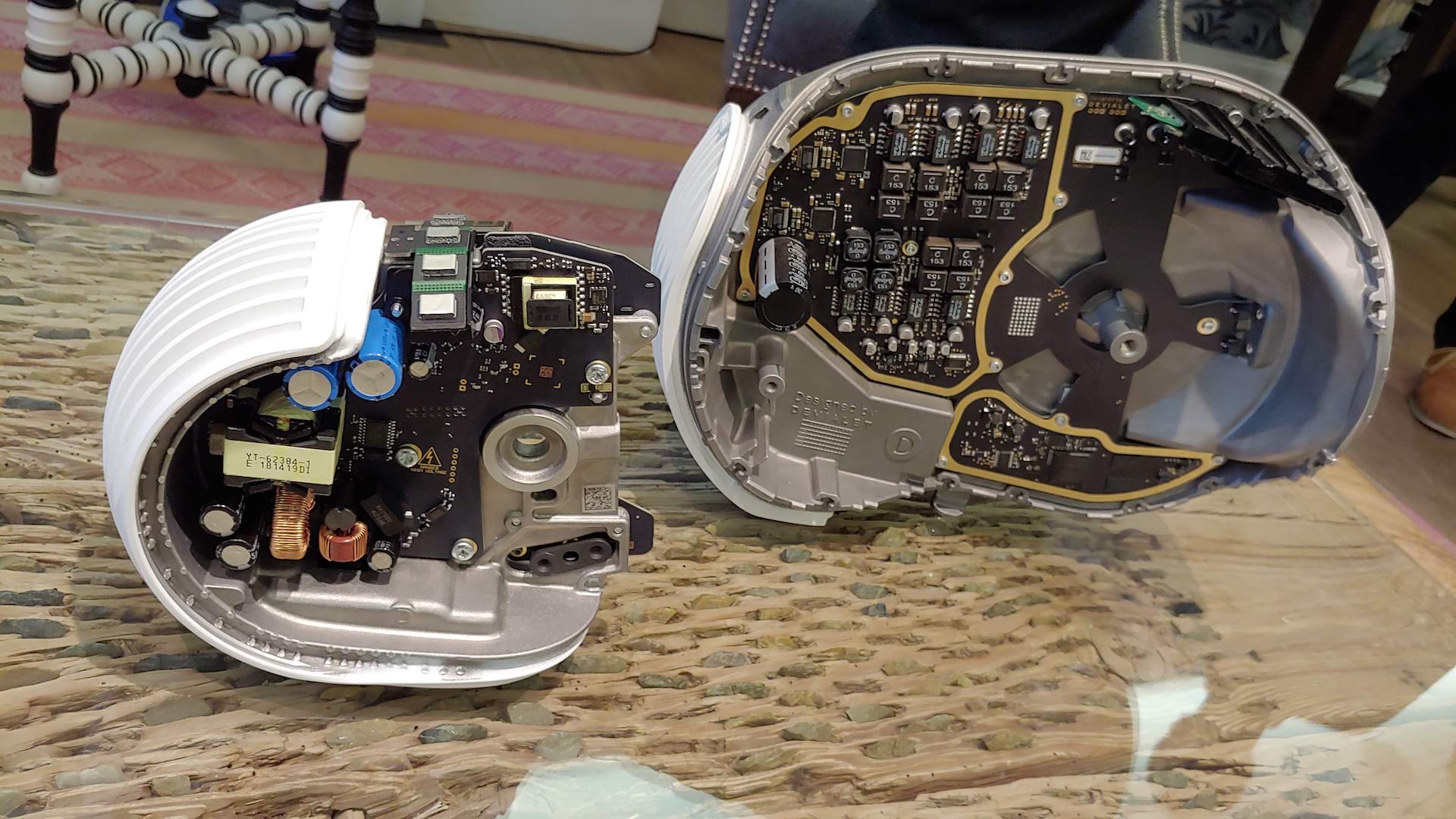 You'll find it in stores including Selfridges, JohnLewis.com, Amazon UK and Harrods in the UK, and Corso Como, B8ta, Nordstrom, Microsoft Store, Barneys and Amazon in the US, as well as Mr Porter worldwide.