During this week’s Democratic debate, there was a lot of talk, unsurprisingly, about ensuring the future of this country’s children and grandchildren. Climate change was of particular interest to billionaire Tom Steyer, who said repeatedly that addressing it would be his top priority were he elected U.S. president.

As it happens, earlier the same day, we’d spent time on the phone with two venture capitalists who think of almost nothing else every day. The reason: they both invest in so-called deep tech, and they meet routinely with startups whose central focus is on making the world habitable for generations of people to come — as well as trying to produce outsize financial returns, of course.

The two VCs with whom we talked know each other well. Siraj Khaliq is a partner at the global venture firm Atomico, where he tries to find world-changing startups that are enabled by machine learning, AI, and computer vision. He has strong experience in the area, having cofounded The Climate Corporation back in 2006, a company that helps farmers optimize crop yield and that was acquired by Monsanto in 2013 for roughly $1 billion.

Seth Bannon is meanwhile a founding partner of Fifty Years, a nearly five-year-old, San Francisco-based seed-stage fund whose stated ambition is backing founders who want to solve the world’s biggest problems. The investors’ interests overlap so much that Khaliq is also one of Fifty Years’s investors.

From both, we wanted to know which companies or trends are capturing their imagination and, in some cases, their investment dollars. Following are excerpts from our extended conversation earlier this week. (We thought it was interesting; hopefully you will, too.)

TC: Seth, how would you describe what you’re looking to fund at your firm?

SB: There’s a Winston Churchill essay [penned nearly 100 years ago] called “Fifty Years Hence” that describes what we do. He predicts genomic engineering, synthetic biology, growing meat without animals, nuclear power, satellite telephony.  Churchill also notes that because tech changes so quickly that it’s important that technologists take a principled approach to their work. [Inspired by him] we’re backing founders who can make a ton of money while doing good and focusing on health, disease, the climate crisis . . .

TC: What does that mean exactly? Are you investing in software?

SB: We’re not so enthusiastic about pure software because it’s been so abstracted away that it’s become a commodity. High school students can now build an app, which is great, but it also means that competitive pressures are very high. There are a thousand funds focused on software seed investing. Fortunately, you can now launch a synthetic biology startup with seed funding, and that wasn’t possible 10 years ago. There are a lot of infrastructural advancements happening that makes [deep tech investing even with smaller checks] interesting.

TC: Siraj, you also invest exclusively on frontier, or deep tech, at Atomico . What’s your approach to funding startups?

SK: We do Series A [deals] onward and don’t do seed stage. We primarily focus on Europe. But there’s lot of common thinking between us and Seth. As a fund, we’re looking for big problems that change the world, sometimes at companies that won’t necessarily be big in five years but if you look out 10 years could be necessary for humanity. So we’re trying to anticipate all of these big trends and focus on three or four theses a year and talk as much as we can with academics and other experts to understand what’s going on. Founders then know we have an informed view.

Last year, we focused on synthetic biology, which is a becoming so broad a category that it’s time to start subdividing it. We were also doing AI-based drug discovery and quantum computing and we started to spend some time on energy as well. We also [continued an earlier focus on ] the future of manufacturing and industry. We see a number of trends that make [the latter] attractive, especially in Europe where manufacturing hasn’t yet been digitized.

TC: Seth, you mentioned synthetic biology infrastructure. Can you elaborate on what you’re seeing that’s interesting on this front?

SB: You’ve maybe heard of directed evolution, technology that allows biologists to use the power of evolution to get microbes or other biological machines to do what they want them to do that would have been impossible before. [Editor’s note: here, Bannon talked a bit about Frances Arnold, the Nobel Prize-winning chemist who was awarded the prize in 2018 for developing the technique.]

So we’re excited to back [related] startups. One, Solugen, enzymatically makes industrial chemicals [by combining genetically modified enzymes with organic compounds, like plant sugars]. Hydrogen peroxide is a $6 billion dollar industry, and it’s currently made through a petroleum-based process in seven-football-field-long production plants that sometimes explode and kill people.

TC: Is this then akin to Zymergen, which develops molecules in order to create unique specialty materials?

SB: Zymergen mainly works as a kind of consultant to help companies engineer strains that they want. Solugen is a vertically integrated chemicals company, so it [creates its formulations], then sells directly into industry.

TC: How does this relate to new architectures?

SB: The way to think about it is that there’s a bunch of application-level companies, but as synthetic biology companies start to take off, there’s a bunch of emerging infrastructure layer companies. One of these is Ansa Biotechnologies, which has a fully enzymatic process or writing DNA. Like Twist, which went public, they make DNA using a chemical process [to sell to clients in the biotechnology industry. [Editor’s note: More on the competition in this emerging space here.]

Also, if you look at plant-based alternatives to meat, they’re more sustainable but also far more expensive than traditional beef. Why is that? Well plant-based chicken is more expensive because the processing infrastructure being used is more than 10 years behind real chicken processing, where you’ll see robot arms that cut up chicken so efficiently that it looks like a Tesla factory.

[Alternative meat] companies are basically using these extruders built in the ’70s because the industry has been so small, and that’s because there’s been a lot of skepticism from the investment community in these companies. Or there was. The performance of Beyond Meat’s IPO ended it. Now there’s a rush of founders and dollars into that space, and whenever you have a space where the core infrastructure has been neglected, there’s opportunity. A former mechanical engineer with Boeing has started a company, Rebellyous Foods, to basically build the AWS for the plant-based food industry, for example. She’s using [the machines she’s building] to sell plant-based chicken nuggets, [but that’s the longer-term plan].

TC: Siraj, you say last year you started to spend time on energy. What’s interesting to you as it relates to energy? 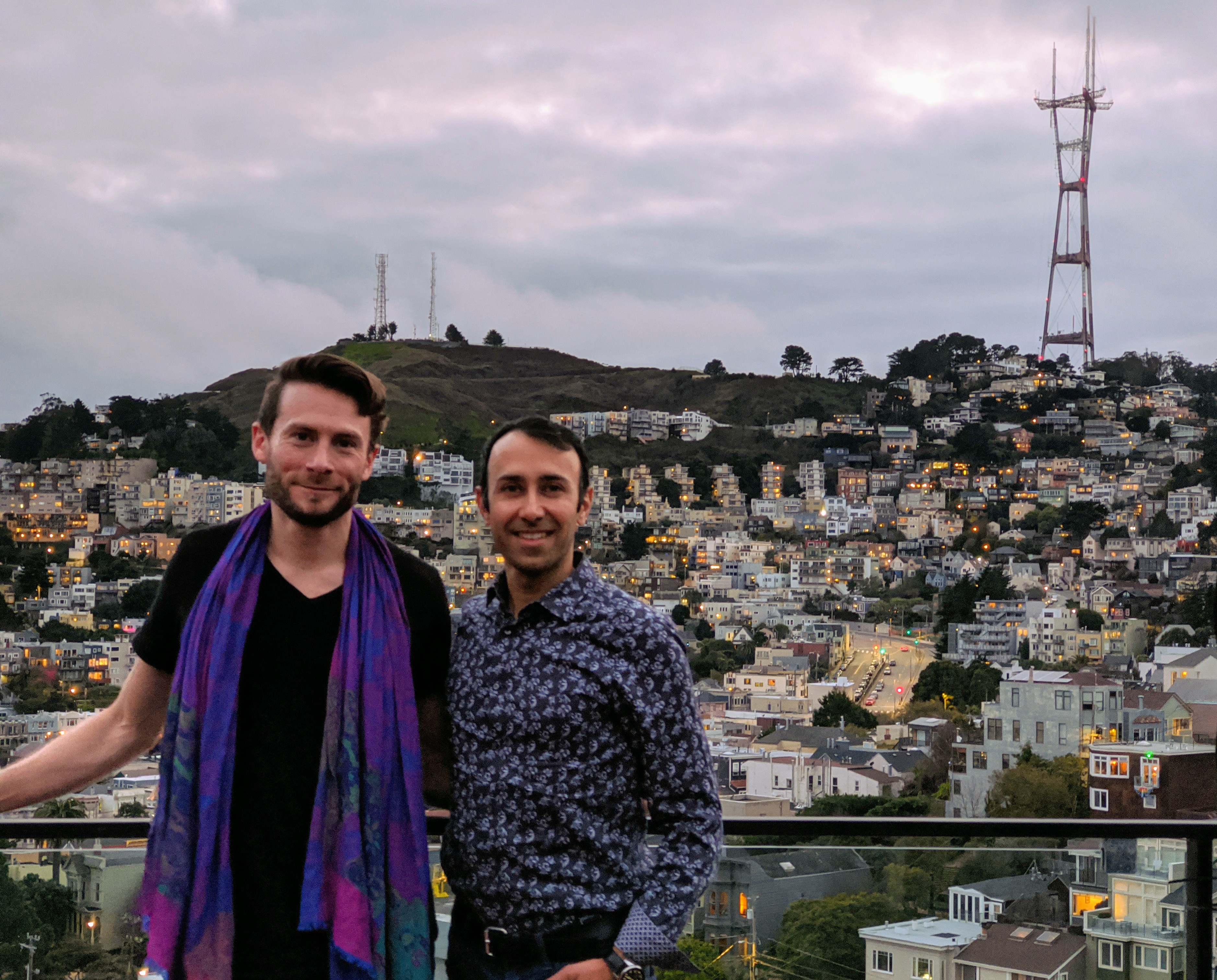 SK: There’s been some improvement in how we capture emissions, but [carbon emissions] are still very deleterious to our health and the planet’s health, and there are a few areas to think about [to address the problem]. Helping people measure and control their consumption is one approach, but also we think about how to produce new energy, which is a shift we [meaning mankind] need to undertake. The challenge [in making that shift] is often [capital expenditures]. It’s hard for venture investors to back companies that are [building nuclear reactors], which makes government grants the best choice for early innovation oftentimes. There is one company, Seaborg, that has figured out a clever reactor. It’s not a portfolio company but it’s [compelling].

SB: We also really like what Seaborg is doing. These [fourth generation] nuclear companies have a whole host of approaches that allow for smaller, safer reactors that you wouldn’t mind having in your backyard. But Siraj put his finger on it: as an early-stage deep tech investor, we have to consider the capital plan of a company, and if it needs to raise billions of dollars, early investors will get really diluted, so early-stage venture just isn’t the best fit.

TC: There are other areas you like, though, because costs have fallen so much.

SB: Yes. Satellite telephony used to be one of those areas. Some of the satellites in space right now cost $350 million [to launch] and took three to four years to build, which would be really hard for any early-stage investor to fund. But now, a new generation of companies is building satellites for one-tenth of the cost in months, not years. That’s a game changer. They can iterate faster. They can build a better product. They don’t have to raise equity to build and launch either; they can raise from a debt financier [from whom they can] borrow money and pay it back over time. That model isn’t available to a company like Uber or Lyft, because those companies can’t say, ‘X is going to cost us Y dollars and it will pay back Z over time.’

TC: What of concerns that all these cheap satellites are going to clog up the sky pretty quickly?

SB: It’s a real concern. Most [of today’s satellites] are low earth satellites, and the closer to the earth they are, the brighter they are; they reflect the sun more, the more satellites we’re seeing instead of stars. I do think it’s incumbent on all of these companies to think about how they are contributing to the future of humanity. But [when you can transmit more information from satellites], the stability of governments improves, too, so maybe the developed world needs to sacrifice a bit. I think that’s a reasonable tradeoff. If on the other hand, we’re putting up satellites to help people buy more crap . . .

TC: It’s like the argument for self-driving cars in a way. Life becomes more efficient, but they’ll require far more energy generation, for example. There are always second-order consequences.

SK: But think of how many how many people are killed in driving accidents, versus terrorist attacks. Humans have many great qualities, but being able to drive a lethal machine consistently isn’t one of them. So when we take that into perspective, it’s really important that we build autonomous vehicles.

You [voice] a legitimate concern, and often when there are step changes, there are discontinuities along the way that lead to side effects that aren’t great. That comes down to several things. First, infrastructure will have to keep up. We’ll also have to create regulations that don’t lead to the worst outcomes. One our investments, Lilium in Munich, has built an entirely electric air taxi service that’s built on vertical takeoff. It’s nimble. It’s quiet enough to operate in city environments.

On roads, cars are constrained by 2D terrain and buildings, but [in the air] if you can do dynamic air traffic control, it opens up far much efficient transport. If you can get from downtown London to Heathrow [airport] in five minutes versus 50 minutes in a Tesla? That’s far more energy efficient.