A high profile IPO, visits by both Jacks (Ma and Dorsey), and big Chinese startup investment energized that.

The last 12 months served as a grande finale to 10 years that saw triple digit increases in startup formation and VC on the continent.

Here’s an overview of the 2019 market events that captured attention and capped off a decade of rapid growth in African tech.

The story of the year is the April IPO on the NYSE of Pan-African e-commerce company Jumia. This was the first listing of a VC backed tech company operating in Africa on a major global exchange —  which brought its own unpredictability.

Founded in 2012, Jumia pioneered much of its infrastructure to sell goods to consumers online in Africa.

With Nigeria as its base market, the Rocket Internet backed company created accompanying delivery and payments services and went on to expand online verticals into 14 Africa countries (though it recently exited a few). Jumia now sells everything from mobile-phones to diapers and offers online services such as food-delivery and classifieds.

Seven years after its operational launch, Jumia’s stock debut kicked off with fanfare in 2019, only to be followed by volatility.

The online retailer gained investor confidence out of the gate, more than doubling its $14.95 opening share price post IPO.

That lasted until May, when Jumia’s stock came under attack from short-seller Andrew Left,  whose firm Citron Research issued a report accusing the company of fraud. The American activist investor’s case was bolstered, in part, by a debate that played out across Africa’s tech ecosystem on Jumia’s legitimacy as an African startup, given its (primarily) European senior management.

The entire affair was further complicated during Jumia’s second quarter earnings call when the company disclosed a fraud perpetrated by some of its employees and sales agents. Jumia’s CEO Sacha Poignonnec emphasized the matter was closed, financially marginal and not the same as Andrew Left’s short-sell claims.

Whatever the balance, Jumia’s 2019 ups and downs cast a cloud over its stock with investors. Since the company’s third-quarter earnings-call, Jumia’s NYSE share-price has lingered at around $6 — less than half of its original $14.95 opening, and roughly 80% lower than its high.

Even with Jumia’s post-IPO rocky road, the continent’s leading e-commerce company still has heap of capital and is on pace to generate over $100 million in revenues in 2019 (albeit with big losses).

The company plans reduce costs by generating more revenue from higher-margin internet services, such as payments and classifieds.

There’s a fairly simple equation for Jumia to rebuild shareholder confidence in 2020: avoid scandals, increase revenues over losses. And now that the company’s publicly traded — with financial reporting requirements — there’ll be four earnings calls a year to evaluate Jumia’s progress.

Jumia may not be the continent’s standout IPO for much longer. Events in 2019 point to Interswitch becoming the second African digital company to list on a global exchange in 2020.  The Nigerian fintech firm confirmed to TechCrunch in November it had reached a billion-dollar unicorn valuation, after a (reported) $200 million investment by Visa.

Founded in 2002 by Mitchell Elegbe, Interswitch created much of the initial infrastructure to digitize Nigeria’s (then) predominantly cash-based economy. Interswitch has been teasing a public listing since 2016, but delayed it for various reasons. With the company’s billion-dollar valuation in 2019, that pause is likely to end.

“An [Interswitch] IPO is still very much in the cards; likely sometime in the first half of 2020,” a source with knowledge of the situation told TechCrunch.

2019 was the year when Chinese actors pivoted to African tech. China is known for its strategic relationship with Africa based (largely) on trade and infrastructure. Over the last 10 years, the country has been less engaged in the continent’s digital-scene. 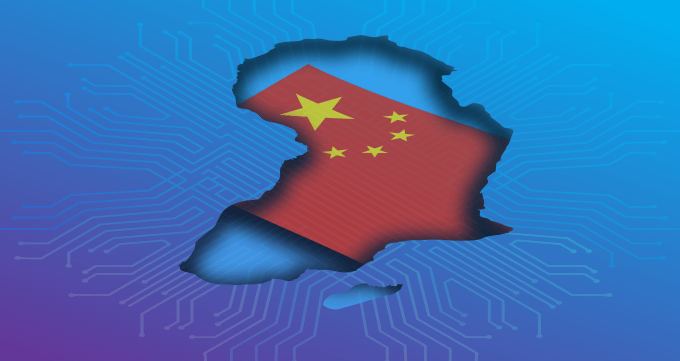 That was until a torrent of investment and partnerships this past year.

In September, China’s Transsion  — the largest smartphone seller in Africa — listed in an IPO on Shanghai’s new STAR Market. The company raised ≈ $394 million, some of which it is directing toward venture funding and operational expansion in Africa.

In the new year, TechCrunch will continue to cover the business arc of this surge in Chinese tech investment in Africa. There’ll surely be a number of fresh macro news-points to develop, given the debate (and critique) of China’s role in Africa.

On debate, the case could be made that 2019 was the year when Nigeria become Africa’s unofficial capital for fintech investment and digital finance startups.

Kenya has held this title hereto, with the local success and global acclaim of its M-Pesa mobile-money product. But more founders and VCs are opting for Nigeria as the epicenter for digital finance growth on the continent. 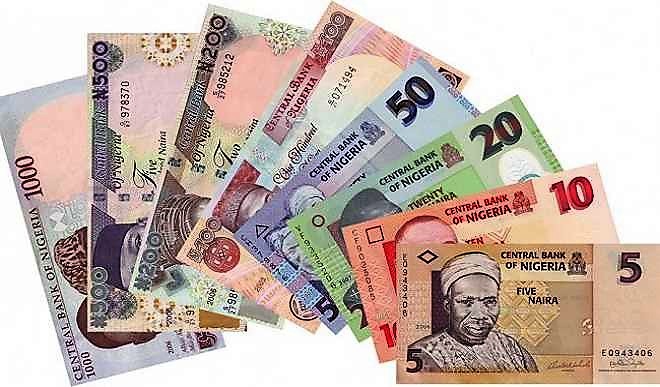 A rough tally of 2019 TechCrunch coverage — including previously mentioned rounds — pegs fintech related investment in the West African country at around $400 million over the last 12 months. That’s equivalent to roughly one-third of all startup VC raised for the entire continent in 2018, according to Partech stats.

From OPay to PalmPay to Visa — startups, big finance companies and investors are making Nigeria home-base for their digital finance operations and outward expansion in Africa.

The founder of early-stage payment startup ChipperCash, Ham Serunjogi, explained the imperative to operate in the West African country. “Nigeria is the largest economy and most populous country in Africa. Its fintech industry is one of the most advanced in Africa, up there with Kenya  and South Africa,” he told TechCrunch in May.

When all the 2019 VC numbers are counted, it will be worth matching up Nigeria to Kenya to see how the countries compared for fintech specific investment over the last year.

Tech acquisitions continue to be somewhat rare in Africa, but there were several to note in 2019. Two of the continent’s powerhouse tech incubators joined forces in September, when Nigerian innovation center and seed-fund CcHub acquired Nairobi based iHub, for an undisclosed amount. 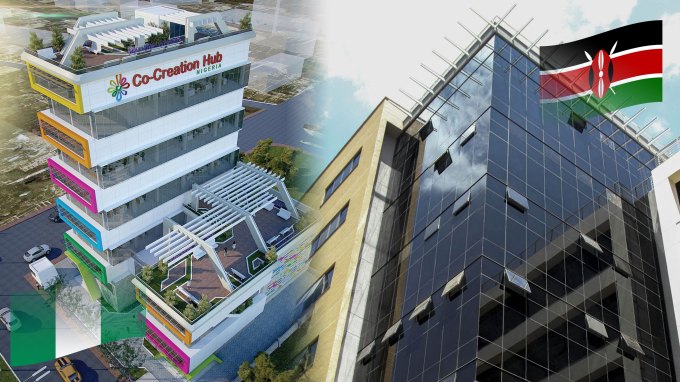 The acquisition brought together Africa’s most powerful tech hubs by membership networks, volume of programs, startups incubated and global visibility. It also elevated CcHub’s Bosun Tijani standing across Africa’s tech ecosystem, as the CEO of the new joint-entity, which also has a VC arm. 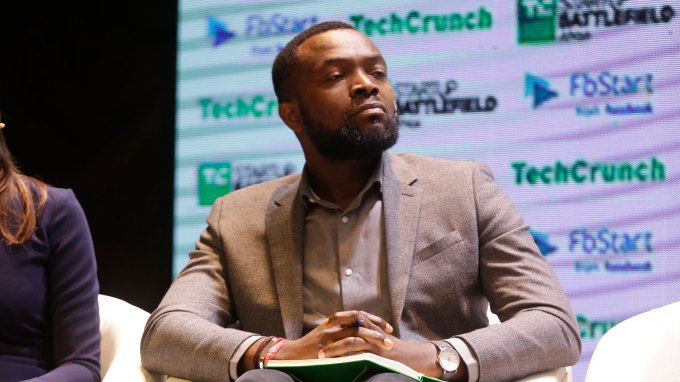 In other acquisition activity, French television company Canal+ acquired the ROK film studio from Nigerian VOD company IROKOtv, for an undisclosed amount. The deal put ROK founder and producer Mary Njoku in charge of a new organization with larger scope and resources.

Many outside Africa aren’t aware that Nigeria’s Nollywood is the Hollywood of the continent and one of the largest film industries (by production volume) in the world. Canal+ told TechCrunch it looks to bring Mary and the Nollywood production ethos to produce content in French speaking African countries.

In 2019, Africa’s motorcycle ride-hail market — worth an estimated $4 billion — saw a flurry of investment and expansion by startups looking to scale on-demand taxi services. Uber and Bolt got into the motorcycle taxi business in Africa in 2018. 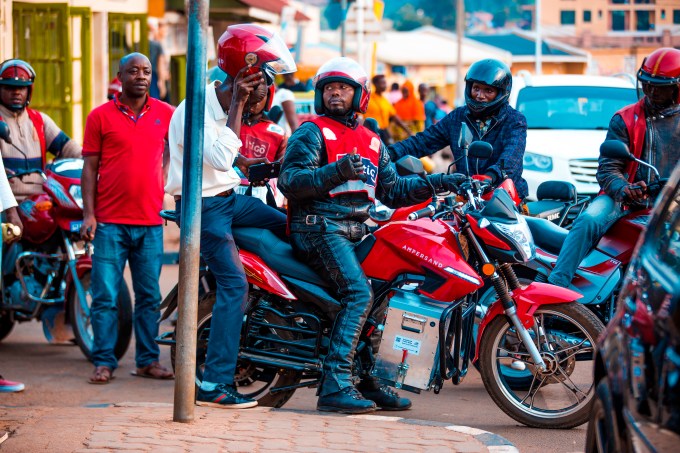 A number of local and foreign startups have continued to grow in key countries, such as Nigeria, Uganda and Kenya.

A battle for funding and market-share emerged in Nigeria in 2019, between key moto ride-hail startups Max.ng, Gokada, and Opera owned ORide.

The on-demand motorcycle market in Africa has attracted foreign investment and moved toward EV development. In May, MAX.ng raised a $7 million Series A round with participation from Yamaha and is using a portion to pilot renewable energy powered e-motorcycles in Africa.

In August, the government of Rwanda announced a national policy to phase out gas-motorcycle taxis altogether in favor of e-motos, in partnership with early-stage EV startup Ampersand. 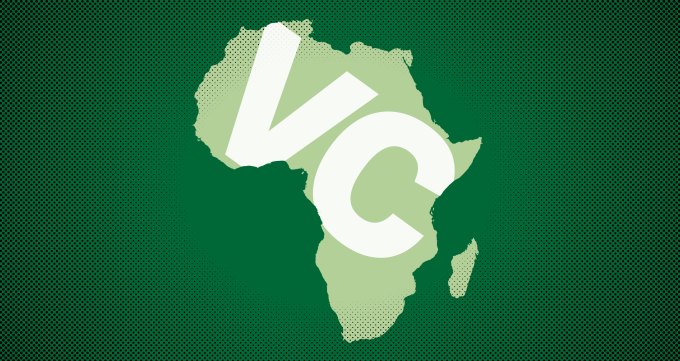 Africinvest teamed up with Cathay Innovation to announce the Cathay Africinvest Innovation Fund, a $100+ million capital pool aimed at Series A to C-stage startup investments in fintech, logistics, AI, agtech and edutech.

And Naspers offered more details on who can pitch to its 1.4 billion rand (≈$100 million) Naspers Foundry fund and made its first investment in online cleaning services company SweepSouth.

Like any tech ecosystem, not every startup in Africa killed it or even continued to tread water in 2019. Two e-commerce companies — DealDey in Nigeria and Afrimarket in Ivory Coast — closed up digital shop. 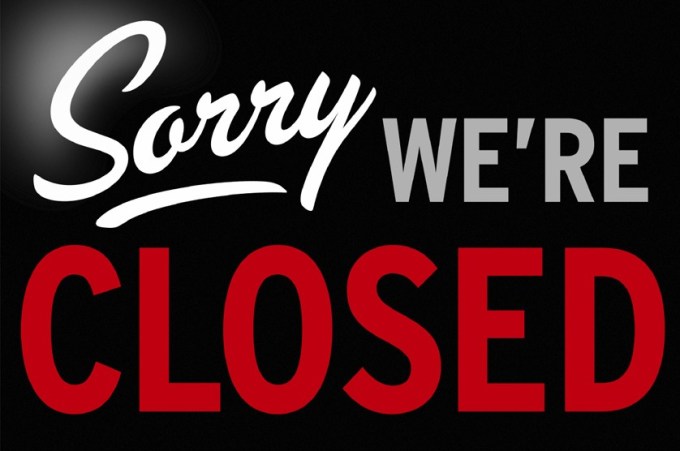 And South Africa based, Pan-African focused cryptocurrency payment startup Wala ceased operations in June. Founder Tricia Martinez named the continent’s poor infrastructure as one of the culprits to shutting down. A possible signal to the startup’s demise could have been its 2017 ICO, where Wala netted only 4% of its $30 million token-offering.

2019 saw more startups expand products and business models developed in Africa to new markets abroad. In March, Flexclub — a South African venture that matches investors and drivers to cars for ride-hailing services — announced its expansion to Mexico in a partnership with Uber.

In May, ExtraCrunch profiled three African founded fintech startups — Flutterwave, Migo and ChipperCash — developing their business models strategically in Africa toward plans to offer their products in other regions.

By December, Migo (formerly branded Mines) had announced its expansion to Brazil on a $20 million Series B raise.

As we look to what could come in the new year and decade for African tech, it’s telling to look back. Ten years ago, there were a lot of “if” questions on whether the continent’s ecosystem could produce certain events: billion dollar startup valuations, IPOs on major exchanges, global expansion, investment from the world’s top VCs.

All those questionable events of the past have become reality in African tech, even if some of them are still in low abundance.

There’s no crystal ball for any innovation ecosystem — not the least Africa’s — but there are several things I’ll be on the lookout for in 2020 and beyond.

Two In the near term, start with what Twitter/Square CEO Jack Dorsey may do around Bitcoin and cryptocurrency on his return to Africa (lookout for an upcoming TechCrunch feature on this).

I’ll also follow the next-phase of e-commerce in Africa, which could pit Jumia more competitively against DHL’s Africa eShop, Opera and China’s Alibaba (which hasn’t yet entered Africa in full).

On a longer-term basis, a development to follow is how the continent’s first wave of millionaire and billionaire tech-founders could disrupt dynamics around politics, power, and philanthropy in Africa —  hopefully for the better.